CONTRACTING THE FIXER. AN THE JOURNALIST ABROAD HAS GAINED HALF HIS SUCCESS

It was 2005 when I met Lars von Lennep for the first time - at that time chance had come to my rescue and I was sent to Germany by a broadcaster. My first assignment as a junior journalist abroad, my first time ever in Europe. The Bundestag elections were on the agenda, which attracted a lot of interest in the USA. The day before my departure, my editor had quickly given me the phone number of a "fixer" in Berlin - Lars von Lennep. 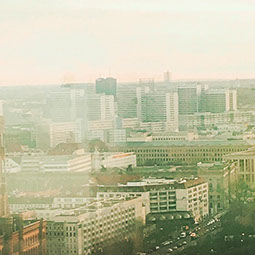 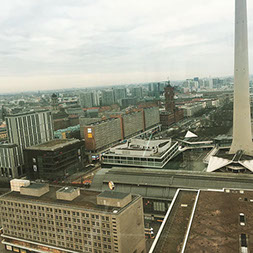 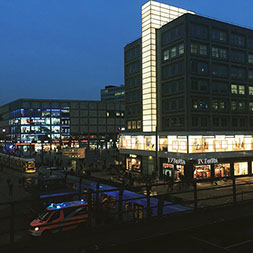 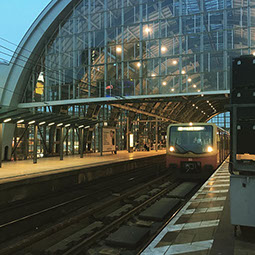 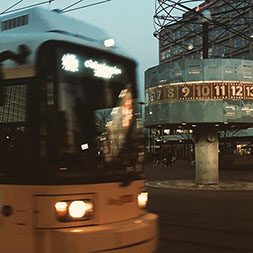 I had been studying journalism at Georgetown University in New York since 2002 and was already doing quite well in the business with various smaller cable news stations.  At the time, I knew little about Germany and even less about the political protagonists. What you research in the editorial office, what you read - that is always quite different from the situation on the ground. My assignment was to produce a TV report, a live broadcast or a story from Germany every other day for the next four weeks. I knew that basic knowledge would be enough for a good week of reporting. After all, as a foreign correspondent who has already done research in advance, you have an important information advantage over your viewers and over your colleagues in the editorial office in faraway New York.

The culture shock after landing in Berlin hit me quickly. So quickly that I looked up the phone number of the fixer Lars von Lennep recommended to me the very next day. I quickly realised that you have to speak the local language to really get close to the local people. If you only speak to people abroad who know English, out of convenience, there is always a certain distance. Since I couldn't put a sentence together in German, I met Lars von Lennep in a café on Kurfürstendamm. My TV station had allowed me a small budget, and so I was able - thanks to the journalistic skills of my fixer - to report from inside an election campaign team. This was the first of many times I received the invaluable help of local fixers while abroad.

The resourceful, well-informed locals who assist foreign correspondents. They all have excellent local knowledge and most speak good to fluent English and many are budding or seasoned journalists. I could never have done my job without the help of a colleague - a journalist - who is on the ground and speaks the language fluently and can work with me and understands how we work as journalists. When I met Lars von Lennep, I was first amazed at how he described the services he would offer me as a fixer. He could suggest me how to do a story, would get suitable interview partners and conduct interviews on his own if it was only possible in German. Basically, he listed everything that went into making television. Except for the actual writing of the story. He said he had always been reporting, starting with a school newspaper. Even on his first assignment, he landed hard-to-find sources for me - interviewees who were almost too good for me and my small news stations. Often what a journalist can or cannot get depends on a fixer's personal relationship with the people on the ground. "Foreign correspondents have always relied heavily on local staff to help translate, navigate, source and report," is what one can hear today often in the editorial offices worldwide. But however, until recently, the contributions of these local staff often remained invisible.

Major news channels and news agencies often send permanent correspondents to major capitals around the world. Smaller channels employ at least one staff journalist on the ground. Even smaller channels use local stringers who regularly deliver news for a monthly fee. A "fixer" like Lars von Lennep, who supported me in Berlin at the time, on the other hand, is booked ad-hoc by journalists who only report temporarily from the fixer's home country. The fixer's tasks are local media monitoring and preparing a news briefing, he takes care of logistics and transport, obtains filming permits and researches potential interview partners. He arranges appointments and translates during the interview. He always provides background information that the reporter arriving from abroad needs to know.

Even though perhaps half of all fixers in Germany are essentially journalists (the other half are closer to the production side), they get little or no credit, even if they are fully responsible for the scoops attributed to their foreign colleagues. These people are not just translators providing a service for pay. The work of us correspondents - and occasionally our safety - depends on them. It is to be wished for all the local fixers in Germany as well all over the world that they get more recognition.